This four-year-old blog has had a slight makeover in appearance. I removed the header photo
montage of used books on the classroom shelves and in the back of my car:

Used books stuffed into the back of my car

In other words, this blog will continue offering the same old messages in a new wrapping.

Of course, educators regularly refurbish old ideas with new wrappings.  Take for example, the literature circle. The literature circle has been in education since 1982 when, according to Wikipedia, fifth grade students in Karen Smith’s class, organized themselves loosely into groups, and started to discuss individual novels.

Smith was surprised at the degree of their engagement with the books and the complexity of their discussions, they had no outside help or instruction from their teacher (Daniels, 1994). From here literature circles evolved into reading, study and discussion groups based around different groupings of students reading a variety of different novels.

In contrast to the the classroom where a whole class novel is taught by the teacher,literature circles have provided students the chance to participate in self-directed discussions in by taking on different roles and responsibilities.

Last month, I began offering teachers suggestions on how to offer some “new wrappings” for these old roles. Using a list of writing genres, I suggested that the teachers could offer roles for students in the literature circles and also include authentic writing prompts. 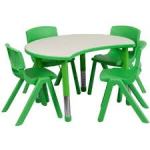 In these new wrappings, each student’s role could center on one of the following writing genres:

These roles could rotate the way the traditional roles rotate in a literature circle, or the roles could be added as special collaborative writing activities.

The incorporation of technology to literature circles expands the opportunity to “wrap” the old roles in new digital covers. In a literature circle of four or five students, the major platforms for social media can be used as a way to have students interact with a text. With (or without) technology, students can rotate roles where they could: 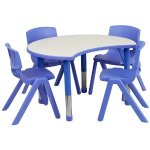 I also encouraged  teachers to number the seats in the literature circles, and then assign roles based on the number of the seat a student selected. Another strategy would be to offer a “surprise” role that rotates to a different numbered chair every meeting.

2015 New Year means a new wrapping for this old blog, but there will always be used books for classrooms in the back of my car!

2 responses to New Year, New Look, and the Literature Circle in New Wrappings