Concerns about the removal of great literature from classrooms have been raised before, but NY public school English teacher Claire Needall Hollander passionately argues how intellectually damaging this practice has become in state testing. Her  op-ed piece in 4/21/12  NYTimes Teach the Books, Touch the Heart decries the elimination of great literature in the classroom in order to incorporate practice materials to prepare students to take the standardized tests. Hollander described her role as a reading enrichment teacher as an opportunity to provide great literature as academic equity for her students. She described several of her students as  the sons and daughters of immigrants or incarcerated parents; she noted some students lived in crowded, violent, or abusive homes. Great literature, she believed, was “cultural capital” that could help her students compete against more affluent peers. However, when the lackluster data from standardized reading tests came in, she felt pressured to abandon great literature and curtailed her efforts for the majority of these students in order to teach materials prescribed for the state test.  While the reading selections on the state tests did have some syntactical complexity, she eventually decided that these reading materials lacked the literary qualities that make literature great. Texts that are “symbolic, allusive or ambiguous are more or less absent from testing materials.” Hollander writes, “It is ironic, then, that English Language exams are designed for ‘cultural neutrality.'” 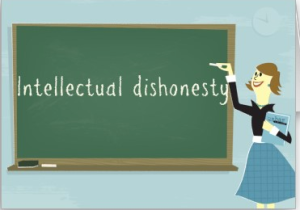 In one sense, great literature is already culturally neutral. The themes or characters in a great piece of literature are not limited to one decade or one millennium. The elements that make a work of literature great can transcend culture and context, can speak to a universal audience, can be read by any tradition and still connect to a reader. Ms. Hollander’s concerns about cultural neutrality are akin to concerns about cultural acceptability. Creators of standardized tests are particularly sensitive in selecting texts that are cultural acceptable because great literature  intentionally confronts morality, questions society’s rules, or challenges tradition. Great literature gives voice to the outsider, and authors of great literature are often on the margins of society or write to unsettle the status quo. For these reasons, selections from great literature may not be considered culturally acceptable.

I have some experience on what goes onto a standardized state test as I had a seat one year as a member of the text selection committee for the reading and writing sections of the Connecticut Academic Performance Test (CAPT)  given to grade 10 students. Much time was spent reviewing materials for inclusion on a future Response to Literature exam. Out of a number of mediocre short stories, the only selection given to educators that could meet some standards of great literature was a chapter from Lois Lowry’s Number the Stars, a young adult novel that is usually read in Grade 5.  That selection was eliminated not only because of the low reading level (5.1; Lexile 670) but because the manner in which Lowry portrayed the terrifying rounding up of Jews. One committee member actually wondered aloud if Lowry could be persuaded to “reword the chapter” to address the concern. Fortunately, that debate ended with the decision that the chapter was not “acceptable” for the committee.

One problem in great literature is difficult vocabulary; for example, the simple conversations between the Man and the Boy in Cormac McCarthy’s The Road (RL 4) are interspersed with diction describing the apocalyptic setting:  “rachitic “, “miasma”, “escarpment”, “crozzled”.  Another problem is vocabulary  considered vulgar or profane that has eliminated a number of literary pieces from standardized testing and even from school libraries. According to the American Library Association (ALA) website which  lists challenges to classic literature that Hollander might teach: To Kill a Mockingbird- “contains  racial slurs”;  Of Mice and Men – “takes God’s name in vain 15 times and uses Jesus’s name lightly.” Finally,  great literature almost always contains themes that can be considered dangerous  or offensive to someone in society:  The Color Purple is “sexually graphic and violent”;  1984 is “pro-communist”; and Catcher in the Rye– is infamously “blasphemous and undermines morality.”

Engineering English language tests in order to make them culturally neutral or culturally acceptable encourages intellectual dishonesty. Take the reading section on the Connecticut Academic Performance Test (CAPT)  where every 10th grader is required to read a short story and evaluate the quality of the story, “How successful was the author in creating a good piece of literature?” in a one page essay. I have spent over 10 years preparing students for this  question on the Response to Literature standardized test, and I know how students struggle with this question. Many students do not read challenging texts outside of the classroom, limiting their experience to develop critical evaluation skills. However, the more distressing problem is that year after year, the quality of the story on the CAPT pales in comparison to the classic short stories a student could encounter in even the most limited literature anthology. Classic short stories available in the public domain by Saki, Anton Chekhov, Kate Chopin, Stephen Crane, and Jack London, to name a few, are considered too difficult for independent reading by 3rd quarter 10th grade students. Copy-write requirements or an author’s unwillingness to truncate a story to comply with a maximum word requirement or to make textual changes to make the subject palatable to a text selection committee, prevents other literary materials from being used.   As a result, more recent selections have come from Teen Ink (stories written by teens) and Boy’s Life magazine, both publications not known for superior literary content. While some stories may meet a sentence complexity standard and have been vetted for acceptable content, most lack the literary depth that should generate thoughtful critical responses to a prompt that asks about “good literature.”

To further complicate the choice a student makes in a response, released materials from previous exams used to prepare students how to respond to “How successful was the author in creating a good piece of literature?” include student responses, and all of the exemplars, good and bad, argue that the story was “good”.  The  lack of reader experience coupled with the year to year see-saw quality of the text on the exam places  students in the uncomfortable position of defending a merely average quality story as good literature; therefore, the prompt promotes intellectual dishonesty.

Perhaps the problem of including good literature on a standardized test may be addressed with the adoption of the English Language Arts Common Core State Standards where text complexity is standard #10: “By the end of grade 9, read and comprehend literature, including stories, dramas, and poems, in the grades 9–10 text complexity band proficiently, with scaffolding as needed at the high end of the range.”

In other words, the use of good literature on a CCSS English Language Arts exam might be substantively different than the texts used on the Response to Literature section of the CAPT. This could make the response about the quality of text more authentic since a complex literary text can be analyzed as “good literature.” How this more complex literary text will be used in testing, however, remains to be seen since history demonstrates that cultural opposition to a story will often trump quality.

Comprehending and evaluating a text are desirable skills, and measuring those skills will still be difficult.  Multiple choice questions are quickly corrected, but they are limited to measuring reading comprehension, and a student essay response to a complex text will require considerably more time to write and correct. Anticipating this, Hollander calls for an assessment that is more reflective of student learning:

“Instead, we should move toward extensive written exams, in which students could grapple with literary passages and books they have read in class, along with assessments of students’ reports and projects from throughout the year. This kind of system would be less objective and probably more time-consuming for administrators, but it would also free teachers from endless test preparation and let students focus on real learning.”

The CCSS should consider Hollander’s proposal as states develop assessments.  All stakeholders should also recognize that using anything less then quality literature to measure a student reading comprehension and evaluation skill on an English/Language Arts exam is intellectually dishonest.