Archives For National Holidays May 2015

A Crowded Week for Appreciating Teachers, Nurses, and Mom

The first 10 days in the National Day Calendar of May 2015 have been crowded with days of tributes and appreciation. A few of the more notable days include: 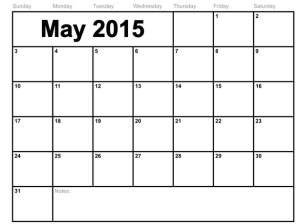 While several of these day are associated with historical events: (May Day, Cinco de Mayo, VE WWII Day) or other worthwhile causes (World Press Freedom, National Day of Prayer, World Red Cross/Red Crescent) many of the other days have been designated as tribute those who occupy professions dedicated to serving others.

According to the Online Etymological Dictionary,  the word “service” originates from the verb “to serve” (v.) in the late 12th Century originating from the Old French verb servir meaning “minister, give aid, give help,” and from the Latin servus “to do duty toward” or “show devotion to.” This verb took on a sense of “be useful, be beneficial, be suitable for a purpose or function” before shifting to that sense of “take the place or meet the needs of, be equal to the task” during the 14th Century.

By the mid-13th Century, the noun service meant the “state of being bound to undertake tasks for someone or at someone’s direction; labor performed or undertaken for another” which eventually led to its association with military service. In keeping with this theme of service, please note the May 9th calendar date above dedicated to appreciating military spouses.

As as teacher, I am pleased that there was an entire week for Teacher Appreciation (May 3-9th) with National Teacher’s Day on May 5th. May 6th of this week was designated as National Nurses Day, including school nurses, celebrated during National Nurses Week (May 6-12).   Perhaps it is not so strange that these weeks should have overlapped in paying tribute to those who help or serve others. I am often reminded by how much the fields of education and nursing attract people drawn to similar service, and as an example, I offer the following story.

Several years ago, when my two sons were attending the United States Naval Academy at Annapolis, my husband and I took a number of midshipmen out to dinner. There were 13 young men and women seated around us that night, and the conversation turned to what their parents did for a living.

“What does your mother do?” I asked one of the midshipmen.
“She’s a nurse,” he replied.
“So is mine,” added the young women next to him; she seemed surprised.
“Mine is in education, a special ed teacher,” stated the young man opposite me.

And so it went around the dinner table: “a nurse’s aide” or “a teacher” or “a teacher’s aide” or “a nurse.” Out of the 13 young men and women who would be entering the military service (US Navy or United States Marine Corps) after graduating the Naval Academy, all 13 had mothers who were either in nursing or education. I am convinced that 13 for 13 is not coincidence, but rather an illustration of how one life dedicated to public service in nursing or in education influences other lives to enter public service.

The informal survey taken around the dinner table that night also illustrated the influence of mothers, and so it should come as no surprise that paying tribute to those who serve during the month of May would culminate in the ultimate day of appreciation to the paramount profession of service called Mother’s Day. Literally and figuratively, mothers are those who have served in “labor performed or undertaken for another”!

While National Holiday Calendar sets up days to appreciate the indispensable efforts of teachers, nurses, and mothers in the first weeks of May, it also had designated May 4th as National Star Wars Day.

How fitting that we take time to celebrate the efforts of teachers, of nurses, and of mothers everywhere….May the Fourth be with them all throughout the year!