David Brooks recently wrote a column in The NYTimes, Honor Code (July 5, 2012),  describing a crisis in education for boys. He suggested that Shakespeare’s character Henry V would not have been a success if he had attended an American School. But how different really was Henry V’s education?  Consider that Shakespeare’s Henry V spends his youth in Henry IV Parts I and II as Prince Hal, an irresponsible squanderer of his good fortune.

Brooks lays out his premise that if little Prince Hal had been placed in an American school, and I am assuming he means an American public school, Hal’s boisterous level of pre-school/kindergarten physical play would mean that he would receive recommendations from “sly” teachers for medication for attention deficit hyperactivity disorder. As Prince Hal made his way through our American public school system, Brooks predicts that he would be deprived of the necessary physical outlets such as recess, so he would act out, he would be “rambunctious”. That would result in numerous suspensions for the vigorous heir.

Eventually, Brooks supposes, Prince Hal would “withdraw” and “decide that the official school culture is for wimps and softies and he’d just disengage…by junior high, he’d lose interest in trying and his grades would plummet.” Well, perhaps Brooks should look at Shakespeare’s storyline of Prince Hal who rejected the official British monarchy culture and disengaged for the pubs with his drinking buddies. His “grades” did plummet without the benefit of the American public school.

Prince Hal  had little interest in trying to please his father, he rejected the lessons of his tutors, and he found company with the gregarious Falstaff and other London low-life. In one memorable scene, he “lifts” the crown before his father had passed, a stage metaphor for his immaturity and unreadiness for the responsibilities of Kingship. His education was abysmal; his honor code was lacking. 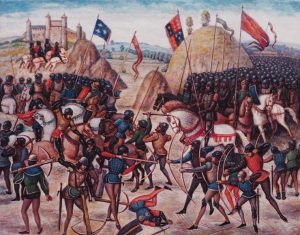 After the death of the king, however, when Prince Hal becomes Henry V, he engages in a “hands-on” education, one which is gained at the expense of his former friends and at his discovery of the betrayal of allies whom he has executed. He is long past school age when his lack of military strategy catches him outnumbered after the Battle of Harfleur. All these experiences harden him for his ultimate victory at Agincourt, but not before he gets to deliver those wonderful lines from the St. Crispin Day speech, “We few, we happy few, we band of brothers…”. Immediately after the battle, where 10,000 French soliders lay dead as compared to roughly 29 Englishmen, the more battle-hardened Henry V immediately turns around and (twice) orders his men to kill all the French prisoners (Act IV; sc iv).

According to Wikipedia, in March 2010, Supreme Court Justices Samuel Alito and Ruth Bader Ginsburg participated in a mock trial of Henry V for the crimes associated with the legality of the invasion and the slaughter of  the French prisoners. The trial  used evidence from the  historical record and Shakespeare’s play:

“The outcome was originally to be determined by an audience vote, however, due to a draw it came down to a judges’ decision. The court was divided on Henry’s justification for war, but unanimously found him guilty on the killing of the prisoners after applying ‘the evolving standards of the maturing society’.”

Therefore, I am confident that Henry the V is the not the best model to describe an honor code.

All this makes me question Brooks’s intent for using Henry V to attack the public school system. While schools are not entirely responsible for the crisis where boys are falling according to the Organization for Economic Cooperation and Development, his comment that teachers would give “sly little hints dropped” about medicating students casts teachers as covert operators. Why pick on the teachers?

He does have legitimate reasons for concern about how boys are falling behind in education citing:

In laying out his argument, Brooks complains that,

“The education system has become culturally cohesive, rewarding and encouraging a certain sort of person: one who is nurturing, collaborative, disciplined, neat, studious, industrious and ambitious. People who don’t fit this cultural ideal respond by disengaging and rebelling.”

Well, yes. Brooks has described the corporate business model that has driven education, the business model that educators have been trained to use to prepare students when they enter the “real world.” What employer does not want an employee with these qualities? Yet, there are many teachers who recognize this model is not ideal for the diversity in attitude and aptitude for their students. Sadly, many of the educational opportunities that engage disaffected boys and girls including art, music, sports, and after-school programs are the first cut in times of economic hardship.

Additionally, teachers are keenly aware that not all students fit a cultural ideal, so they use multiple teaching strategies (differentiation, student success plans, response to intervention, etc) to reengage the withdrawn student. Mr. Brooks might have discovered these had he attended a classroom session and seen teachers working with students like little Prince Hal. Instead, he lays the blame for the failure of boys in the school system solely on teachers when there are other stakeholders, namely parents, who are primarily responsible.

In Shakespeare’s play, on the night before the battle of Agincourt,  Henry V walks unnoticed through the camp; he is finally and painfully aware of the responsibilities he has to his men and to his country and says, ““What infinite heartsease / Must kings neglect that private men enjoy?” As more pressures: economic, social, cultural and philosophical, are applied to the American public education system, teachers could paraphrase Henry V’s thoughts and say,  ““What infinite heartsease for those who criticize without being on the front lines in the classroom every day?”

My response to David Brooks’s latest stumble op-ed piece (4/18/14) on the Common Core  in NYTimes: