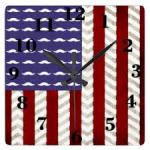 Yes, American teachers do work more hours than their international counterparts, but exactly how much more could be a matter of perception versus reality, and testing may be to blame.

A recent study comparing the number of hours worked by American teachers shows the difference in instructional time is not as significant as has been publicized in the past. Researcher Samuel E. Abrams, director of the National Center for the Study of Privatization in Education at Teachers College, Columbia University, has published his findings in a working paper titled “The Mismeasure of Teaching Time“. His research contradicts claims of American teachers working twice or even 73% more hours than their counterparts in other countries, correcting these claims by grade level to 12% (elementary) 14% (middle/intermediate), and 11% (high school).

The reason for the difference, Abrams suggests, was the the Schools and Staffing Survey (SASS) offered by the Paris-based Organization for Economic Cooperation and Development (OECD) used to collect data on this topic:

The most recent data reported to OECD is from the 2007-08 survey, which was 44 pages long and contained 75 questions.  Teaching time is the 50th question and it asks teachers to round up the number of hours. As a result, responses were often inflated.

In addition to suggesting that the process of answering 50 questions clouded the responses of teachers taking the survey, Abrams contended that the inflated time also came from a misinterpretation of “teaching time” calculated by the OECD as the “net contact time for instruction.” By definition, excluded from net contact time are activities such as professional development days, student examination days, attendance at conferences, and out of school excursions.

In applying the OECD definition of teaching time, Abrams concluded that one contributing factor to the over-estimation by American teachers was the large number of hours spent assessing students.

Using examples from school districts in Massachusetts, Abrams offered a breakdown of the time teachers spend assessing students in grades 2-8:

Averaging a student school week at a very generalized 35 hours means that students in Massachusetts grades K-8 could spend approximately 1.5-2 weeks of each school year being assessed. Spreading this time out over the school year may contribute to the perception of a never-ending test season.

The report considered the time American educators spend assessing students at every grade level contributed to the misperception of teaching time. More importantly, the study highlighted the disparity in pedagogical practice between the education systems in United States compared to other countries. Like so many other researchers, Abrams contrasted American schools with Finland’s school system. He noted that the difference in teaching time between the two countries was not as great as originally publicized, but that the difference of practice is the “polar opposite.” In Finland, the structure of the school day has 15 minute breaks between classes or 15 minutes of play for every 45 minutes of instruction, for a total of 75 minutes per day, with no standardized tests. The result is that Finland’s teachers demonstrate little confusion on defining teaching time.

If the demand for assessment is the reason for the difference,  I am confident that most American teachers could think of other things to do during those weeks other than testing.

I am sure their students feel the same way.