They are learning about meter and experiencing the rhythmic patterns of Shakespeare’s iambic pentameter:

In the play, the pattern of  iambic pentameter sounds like:

Studying the meter of Shakespeare’s poetry in English class is akin to practicing the Common Core Mathematical Practice (MP7) which asks students to “look closely to discern a pattern or structure.”

Now, some freshmen English classes might be reading Romeo and Juliet during the week of Valentine’s. They might already be familiar with some of the iconic images of the holiday: roses, Cupids, or those candy conversation hearts.

But did they notice that the conversation hearts associated with Valentine’s Day have a specific pattern?

According to Necco, the maker of the candies, the pattern to the conversation heart: five letters on the top line, and four on the shorter line: 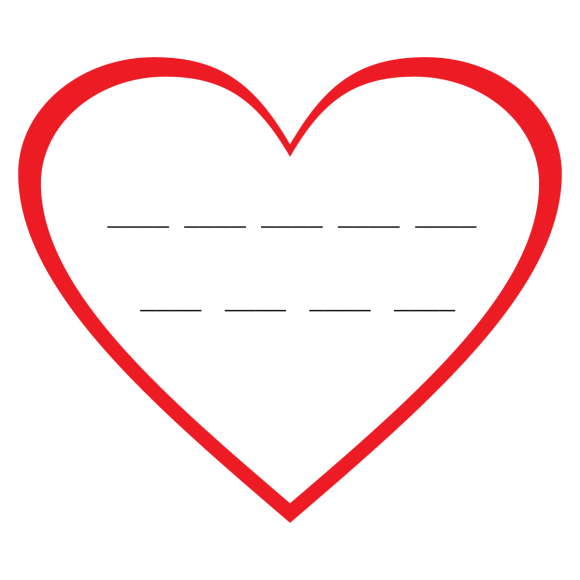 Necco, or the New England Confectionery Company, has produced candy conversation hearts since 1901, and the flavors traditionally include: Lemon, Apple, Blue Raspberry, Strawberry, Grape and Orange.

While the language on the conversation hearts are no substitute for Shakespeare’s genius, they can be helpful when “sometimes you don’t have the words to express your feelings.” Every year from February to January, Necco produces almost 100,000 pounds or 8 billion pieces of sugary sentiment. There are hundreds of suggestions submitted each year to the company with new sayings. Many of these are sayings that reflect cultural shifts: From “Call me”, “Email me”, or “Fax me”, to “Tweet Me.”

Asking students in classes that are studying Romeo and Juliet to create new conversation hearts to accompany the play could be a fun assessment, especially on Valentine’s Day!

The standard pattern of these conversation hearts could be used as a way for students to summarize several of Shakespeare’s speeches.

Students could also use the conversation hearts as a way for students label characters:

Students could also try other patterns on the conversation hearts such as:

Students could string the phrases from a few conversation hearts together to create a new line of sweet poetry. In that case, they might choose to include the most popular conversation heart, “Marry Me”…which is more positive for celebrating the Valentine’s holiday than than the more tragic “Kiss-I Die!”