1967 a Test for Stress and the Sgt. Pepper Album Release

Stress: That tension we feel mentally or physically when we must deal with demanding circumstances.

Not all stress is bad. Some stress is good for problem solving. Too much stress, however, is unhealthy.

For the past year, I have worked ( painted, cleaned, packed) in order to downsize, move, and place my house on the market. That stress was physically demanding…and is ongoing.

This March, my mother’s five year battle with Alzheimers/dementia finally consumed her, and she passed away shortly after we relocated her to my sister’s home. That stress was emotionally demanding.

How much stress is too much?

I researched a test for stress that was developed back in 1967 by psychiatrists Thomas Holmes and Richard Rahe. 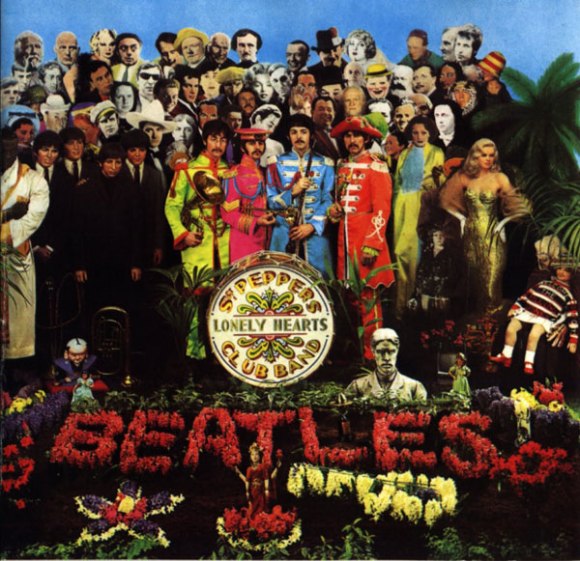 How are these two events related?

Reports about the The Beatles at that time indicate that they were frustrated by the screaming crowds at their live performances. According to their producer, George Martin, the Fab Four “wanted to spend more time in the recording studio.” Paul had asked his fellow band members, ‘We need to get away from ourselves – how about if we just become sort of an alter ego band?”

It was stress, the demanding circumstances of touring, that drove The Beatles into the studio. In this case, stress proved to be positive force for making music.

That same year, psychiatrists Holmes and Rahe released the results of their research using surveys of more than 5,000 medical patients. The patients were provided a list of 43 life events they had experienced within the previous two years. They labeled each event as a Life Change Unit (LCU) and assigned each LCU a different “weight” for stress. Adding up the weights gave a patient a score; the higher the score, the more likely the patient was to become ill.

Holmes and Rahe scaled the top 5 LCUs and their weights (_) as:

While most of these LCU events are associated with negative stress, there are a few on the list that could be seen as positive stress creating events such as taking a vacation, weighted at 13.

One example of positive stress associated with Sgt. Pepper’s Lonely Hearts Club Band was the release of the album as an outstanding personal achievement for The Beatles, a positive LCU, weighted at 28.

From November 1966 through April 1967, The Beatles spent over 400 hours in EMI’s Abbey Road Studios in London. This dedicated studio time gave them the chances to experiment and try innovative recording techniques.  They had the time to work together and share what McCartney described as “a huge explosion of creative forces.”

Within the album’s catalog, there are songs with explicit references to life changing events, both small and large. A few examples are listed with their weights according to the Holmes and Rahe stress test.

They included a song that referred to everyday stress:

“Woke up, fell out of bed,
Dragged a comb across my head
Found my way downstairs and drank a cup,
And looking up I noticed I was late.”

A Day in the Life

Being late could contribute to stress or trouble with boss (23) and maybe change in responsibilities at work (29).

They included a song that referred to a LCU event such as a son or daughter leaving home (29) with a heartbreaking narrative:

Wednesday morning at five o’clock, as the day begins.
Silently closing her bedroom door,
Leaving the note that she hoped would say more,

She goes downstairs to the kitchen clutching her handkerchief.
Quietly turning the backdoor key,
Stepping outside, she is free.

And they included a lighthearted address to the worries of aging:

“When I get older, losing my hair
Many years from now,
Will you still be sending me a valentine,
birthday greetings, bottle of wine?”

Stress from aging could be measured on the scale as retirement (45) or change in social activities (18).

In 1967, The Beatles met the challenges or the causes and effects of stress on their lives through their music. They wrote songs abot the stress in everyday life, the ordinary and the extraordinary.

That same year, Holmes and Rahe laid out their rating tool to measure the cause and effects of stress on their patients’ health.

I determined my own personal stress level after totaling the Holmes and Rahe scale weights for my mother’s death, my downsizing, and my hip replacement- all within the past two years. I was relieved to see a total of 141 because that score leaves me into the lowest category with “a low to moderate chance of becoming ill in the near future.” To provide sense of their scale, Holmes and Rahe highest score is a 600.

Perhaps the best way to deal with personal stress of any kind is the suggestion that comes from the lyrics in Sgt. Pepper as well. The album may be 50, but the advice from The Beatles is timeless:

A Little Help from my Friends

One response to 1967 a Test for Stress and the Sgt. Pepper Album Release